Icarus, Let Me In: Songs for a better story

Music is a boundless container for the human experience. These are words that I can say that I live by. My music is my way of helping myself heal by stretching that container to hold the experience that has always been so difficult to explain to so many people. My hope is that my music helps others who are going through or have had their own spiritual crises or other stigmatized non-consensus reality experiences.

If you are reading this, I hope my story inspires you to create, to use your own words and images to tell your story in a way that doesn’t require subscribing to any belief that makes you feel inferior. Find your own voice and use it. Tell a better story.

Hello, my name is Mark and I’m a musician, Licensed Mental Health Counselor, and an Expressive Therapist. I have a song that I want to share with you for Mad in America’s Song of the Week launch, and I will tell you the story of why this song is important to me.

When I was in graduate school for Expressive Therapies, I had what I call a spiritual awakening–an expansive rebirth of my love of life. During this time I felt an overwhelming sense of connection and purpose, and it was as if I had been asleep up until that moment. It all began when I fell in love for the first time. Since the love was unrequited, I decided to open myself to—and fall in love with—the world. What followed was months of finally feeling liberated to explore my life, take chances and feel powerful. I wrote a lot of music, it seemed to flow out of me. I also put myself in some dangerous situations, and when I was faced with disillusionment of this awakening not lasting forever, I tried to end my life.

At the time, I did not have a healthy way of contextualizing my experience and integrating it into my life, as all that was available to me in my internalized cultural paradigm was either “I must be Jesus,” or “I am genetically defective/I have a chronic illness.” I chose the former (who wouldn’t?) but it proved to be a case of hubris as I believed that the power I was feeling belonged to me because I was more special, “chosen.” I learned the hard way, much like Icarus, that flying too high leads to nose dives. Unlike Icarus, I somehow survived.

I’ve spent years healing the Jesus-illness chasm, and luckily, I continue to find my way. My spiritual awakening does not mean that I’m Jesus, nor does it mean that I’m ill. I was just having a human experience that didn’t have a healthy story to help guide it.

At times people have said to me, “so you must be Bipolar?” or “that sounds like mania.” I understand where these statements are coming from. Diagnosis and illness symptomology are prominent stories in our culture, and compartmentalizing and categorizing is what humans do because it makes us feel good to believe we know something. The problem with these labels is that they prevent people from seeing the whole me and sitting with the beauty and complexity of the whole story. Instead, the person filters my existence through an illness lens, which doesn’t support my healing.

The way I understand healing is about telling one’s story from a place of wholeness instead of fragmented parts.

About 7 years ago when I was 33, I released my debut recording project Goodbye Copilot. Soon after, I took a big step back from performing because I was at odds with trying to market and brand my authentic self. I decided to refocus on my other passion: bringing therapeutic music and arts to people in psychiatric hospitals. In the years that followed, I sustained a vocal injury singing through the tension of feeling at odds with the values of the psychiatric hospital culture and not feeling safe to express my values or be open as an ex-patient. I paid quite a price to learn a tough lesson. The lesson was to not give my power away.

Fast forward to the Spring of 2021, when I reached a certain point in my pandemic-inspired existential crisis. I woke up one day and realized that I wasn’t looking forward to anything. I knew the dangers of being idle with that information, so I decided to reach out and do the thing that I had told myself it would never be worth doing again: I had to make an album. I eventually realized that that wasn’t enough, I had to make THE album. The one that I wish my 23-year-old self would have been able to hear. I needed a way to tell an integrated story where stigma and diagnosis would otherwise cause fragmentation, and here it was. Music.

I wrote one of the songs on the album, “Icarus,” during my spiritual awakening period. It is written from the perspective of that 23-year-old who was trying to sort through so much beauty, desire, and insight to understand the elusive “truth.” Years later, I penned another song called “Icarus Reprise,” in which I tell the story from Daedalus’ perspective post-Icarus’ fall. Icarus is despondent and ashamed in his bedroom, and Daedalus stands outside the bedroom door singing to his son, being honest, compassionate, and giving him advice and hope.

This song is the epitome of the vision for this album: to tell a story of mental health and recovery using a non-stigmatizing, non-diagnostic framework which addresses hubris as the issue, not a genetic defect nor a chronic illness. The song also posits bravery, love, intergenerational wisdom, and caring for each other as the way toward a better life. I get to play the role of Daedalus when I sing this song to myself, and it comforts me and fills me with hope. 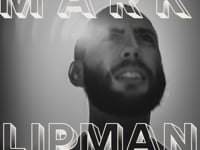 Icarus, Let Me In: Songs for a better story

Can I Be A Provider And A Patient? A movement toward a healthier workplace.